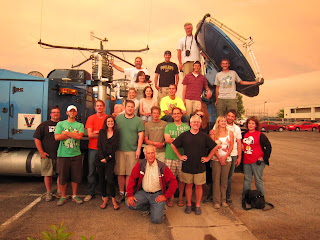 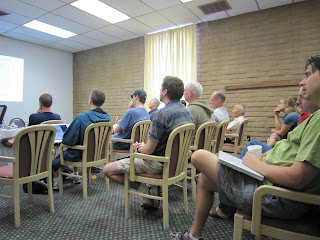 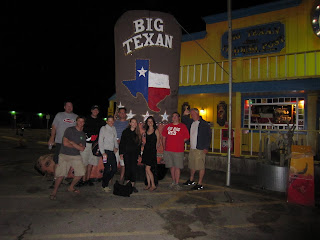 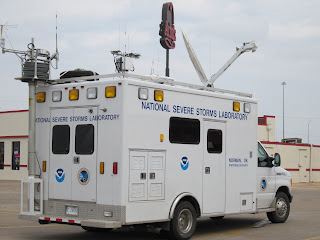 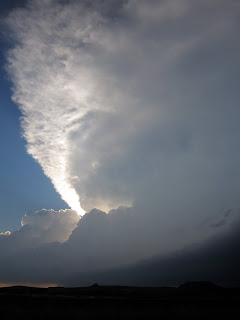 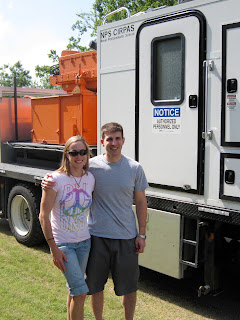 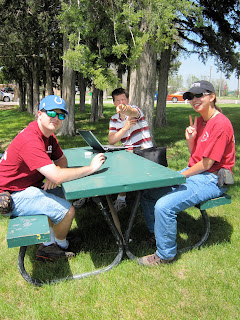 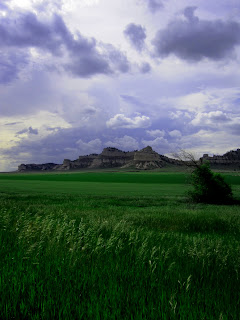 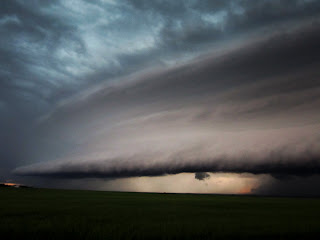 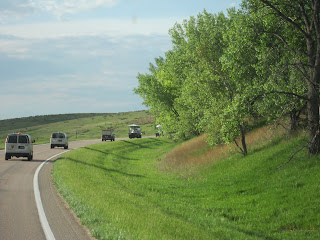 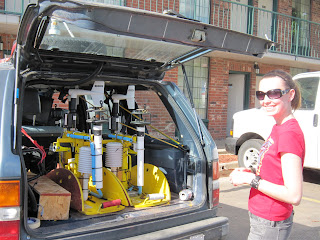 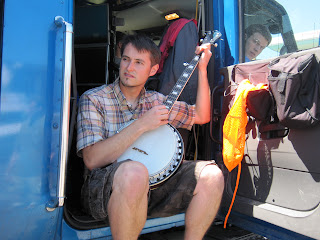 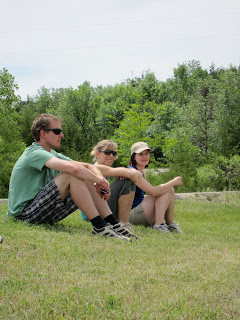 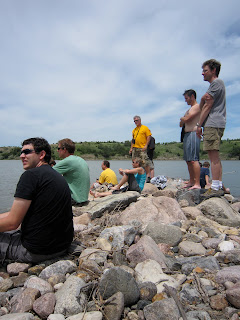 ____________________________________________
Picture 1: (Part of) the armada moving through Kansas (or Nebraska...?)
Picture 2: Erin Jones (Purdue graduate student and Pod Person) wearing pink! Wow! Oh yeah, she is also doing her daily check of the pods before operations.
Picture 3: Justin Walker and his banjo. Full-time CSWR engineer/technician (it suffices to say, he does it all!), DOW6 operator, banjo player, and half-time runner.
Picture 4: The foreign contingent--Rutger Boonstra (he is Netherlandish), The Germanator (Germany, of course!), and the esteemed Dr. Lindsay Bennett (England) enjoying the grass.
Picture 5: The CSWR crew realizing that there really are snakes in the river....
Posted by Karen Kosiba at 9:32 AM 14 comments: 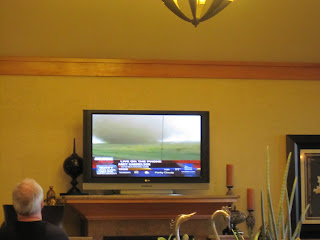 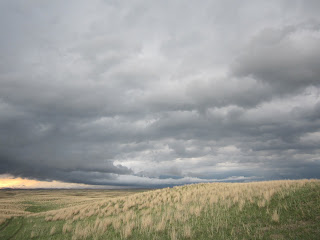